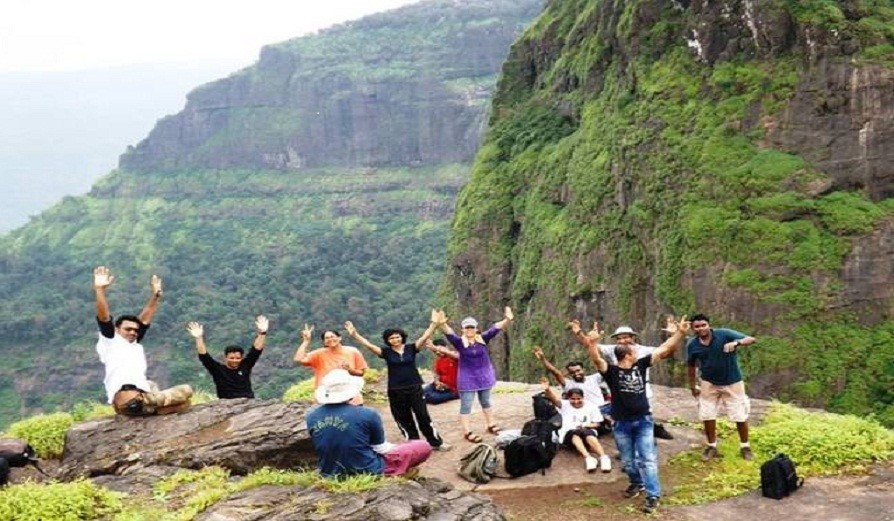 Kalavantin Durg is strikingly beautiful, but is also one of the most dangerous fortresses in the world. Situated at an impressive height of 2,300 feet above sea level, a trek to the top of Kalavantin Durg is not without perils, yet there are many who are willing to take this risk. And why not! Once you are at the top you would be greeted with mesmerising views of the lush green surroundings and the verdant hills.

It is said that the fortress was constructed for queen Kalavantin and also as a watch tower. Today, it is an extremely popular tourist attraction. Before starting out, do purchase some healthy food from one of the family restaurants in Mumbai.

The trek is not for the faint hearted as it is long and arduous. The trek begins in the village of Thakurwadi and it usually takes between three to four hours to reach Kalavantin Durg. The criss-cross steps would lead you right up to the fortress but be careful as the stairs are at the edge of the mountain. The lack of guard rails makes them all the more hazardous.

You can satiate your hunger at the Breakfast point at the lower plateau of Prabalmachi. Located at a height of approximately 1279 feet, Breakfast Point is home to a restaurant and numerous tea stalls. From hereon it can become quite risky as the path gets more slippery and rocky. The water flowing down from the waterfalls only makes matters worse. But, once you have braved the odds and reached the Kalavantin Durg, you would come across a sight that is truly enthralling. The breathtaking views of abundant greenery, the and other prime attractions. The trek down is equally hard and enchanting.

How to Reach Thakurwadi

The best time to embark on a trek to Kalavantin Durg is in the winter months between October and March. The summer months can get uncomfortably hot, while the wet Monsoon season will make the trek more perilous.

Mumbai is a popular tourist destination and there is no dearth of good luxury hotels in Mumbai offering the best of services and hospitality. Some of the hotels where you can book a sty include The LaLiT Mumbai, Four Seasons Hotel Mumbai, Taj Santacruz, to name a few.

Pack your bags with trekking stuff and embark on an exciting and adrenaline pumping trek to Kalavantin Durg.

How to get the best Auto Insurance

What To Look For When Finding Accommodation In Copenhagen?

Planning A Relaxing Holiday In Chiang Mai In Northern Thailand

Planning A Relaxing Holiday In Chiang Mai In Northern…